Vietnam is a country that is always in the top of the world’s culinary paradises with many delicious, simple, but very special dishes. In many polls of domestic and international newspapers, “pho” is always the most favorite dish of both Vietnamese and international friends.

The origin of pho is mysterious, some people say pho is a French hybrid, others say it comes from China, some people decide to protect pho as belonging to Nam Dinh. Regardless of where pho comes from, we are always proud that pho is the culinary soul of Vietnam, the dish “national soul – national essence”.

This dish originated in North Vietnam during the French colonial period, when people tried to combine the broth cooked with beef bones with the local noodle soup. In the 1940s, pho was very famous in Hanoi, a dish that can be eaten at any time you want from morning, noon, afternoon to evening. When pho enters the South, it becomes more colorful, colorful and multi-flavored. 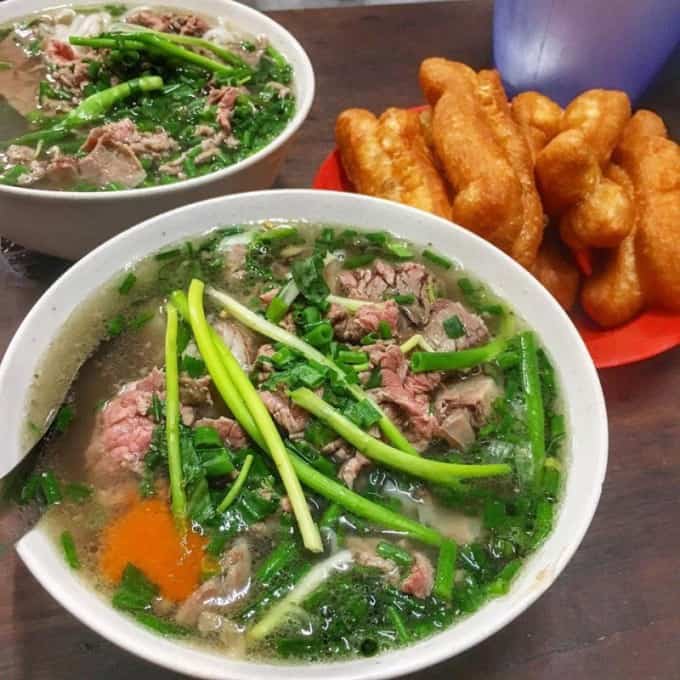 The bowl of pho for diners is always served in a large bowl or bowl, consisting of the naked noodle soup and thinly sliced ​​meat on top. The broth of pho is made from the broth of beef bones such as lumps, tubules and clavicle bones, the meat used for pho can be beef, or chicken. Some accompanying spices such as a few slices of fresh lemon, a few stalks of herbs, scallions, sour vinegar… Guests season with chili, lemon, pepper and those spices, then mix them with chopsticks and enjoy.

When eating, pour hot broth and sprinkle some cilantro, making the bowl of Pho fragrant with a characteristic aroma, appealing to the human sense of smell. Just smelling the aroma of pho broth is enough to make us feel ecstatic, the flavors of meat, bones, herbs blend together to create a special aroma that goes into people’s hearts. Therefore, when you feel tired in your body, a bowl of pho can help you immediately feel full of energy.

Pho is not simply a delicious and attractive dish but it is also a typical traditional dish of Vietnam. Pho has also become the inspiration of many writers such as Thach Lam, Nguyen Tuan, Vu Bang, Bang Son… Then we know that pho is not only valuable in food but also in literary art. Pho under those pens, almost no one can describe it better, and there’s no need for anyone to waste time writing more about pho because it’s already so full, it’s already so famous.

For foreign tourists, pho is considered an attractive and charming dish because of its quintessence. Vietnamese pho is well received around the world, present in 50 countries such as Singapore, Japan, Australia, Germany, UK, USA or far away Brazil… with famous pho brands such as Pho 79, Pho Thin, and Pho. Binh, Pho 14, …

Perhaps to mention CNN’s “50 most delicious foods in the world”, topping Business Insider’s list of “40 must-try foods in life” and countless other big and small ratings. Not only that, on April 4, 2016, Japan’s Anniversary Association issued a certificate of “Pho Day” in Osaka, making this day an annual honor for pho. in the land of cherry blossoms.

Particularly in the US, Vietnamese pho is strongly imported, ranking with dishes such as Italian pizza, Mexican burritos or Japanese sushi. In particular, pho has created its own noun in the English dictionary. Doing this, pho is not simply a delicious dish with a culinary story, but also a story about preserving the essence and essence of Vietnamese people to reach out to the world. 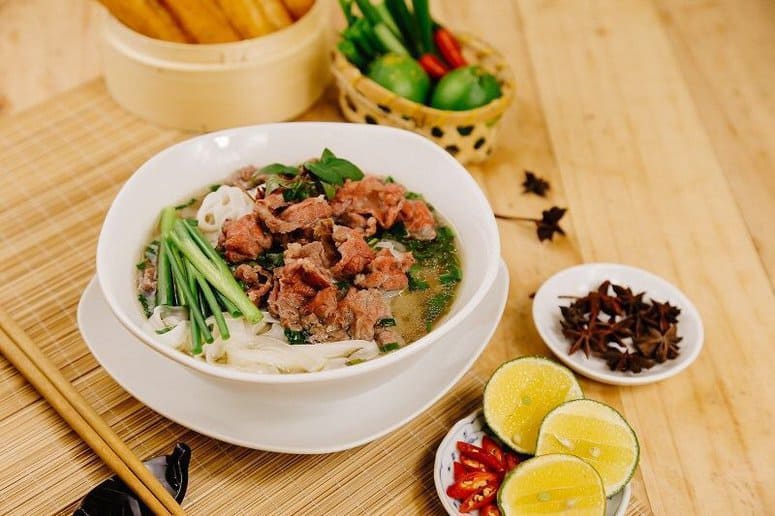 But regardless of where Pho originated, the spiritual home of Pho is Hanoi. From when the northern city was still in the thick of the night or when the sun was already shining brightly, many vendors roamed the streets on their bicycles, with baskets full of lemons, Garlic and chili are still hot on the steering wheel. Hanoians eat pho all day, whether morning, noon or night, noodle shops are still full of smoke and silhouettes of people. Famously mentioned as Pho Thin restaurant in Dinh Tien Hoang, Pho Gia Truyen in Bat Dan, Pho Vui in Hang Giay, etc.

Pho in Ho Chi Minh City is “the wine storehouse of the Vietnamese image”, a delicate combination of strong flavors. The pho here is plentiful, the broth is more opaque. There are so many serrated herbs, basil, mint and sprouts included that you have to shred them with your hands and put them in a bowl.
In this night’s city, a frugal and hungry diner can still eat a bowl of “world-class” pho with his friends in just 10 minutes. Easily known to tourists such as Pho Hoa on Pasteur Street, Pho Le on Nguyen Trai Street or Pho 2000 in Phan Chu Trinh (this is where US President Bill Clinton stopped and enjoyed Vietnamese pho in 2000). … and many other shops across the city bearing Uncle Ho’s name with different diversity.

Historian Duong Trung Quoc compared, pho is the friendly, closest and familiar Vietnamese ambassador in many parts of the world. We go to the world, meet many pho restaurants, maybe the owner is Vietnamese, maybe it is a foreign owner. But especially the name cannot be changed, it is one of the closest Vietnamese overseas ambassadors to everyone.

An extraordinary long journey of Vietnamese noodle soup, from the simple but bold flavors of Vietnamese pho, this dish has now registered itself on the menus of many countries around the world. The development of pho is also not “selfish”, when along with it, is the growing popularity of other Vietnamese dishes, as evidenced by the fact that bread, coffee, spring rolls … are also increasingly received. much welcome from international friends. Bringing the Vietnamese noodle bowl to the top is not only about introducing typical Vietnamese dishes, but also conveying to friends in five continents about the cultural and human quintessence of the S-shaped strip of land. 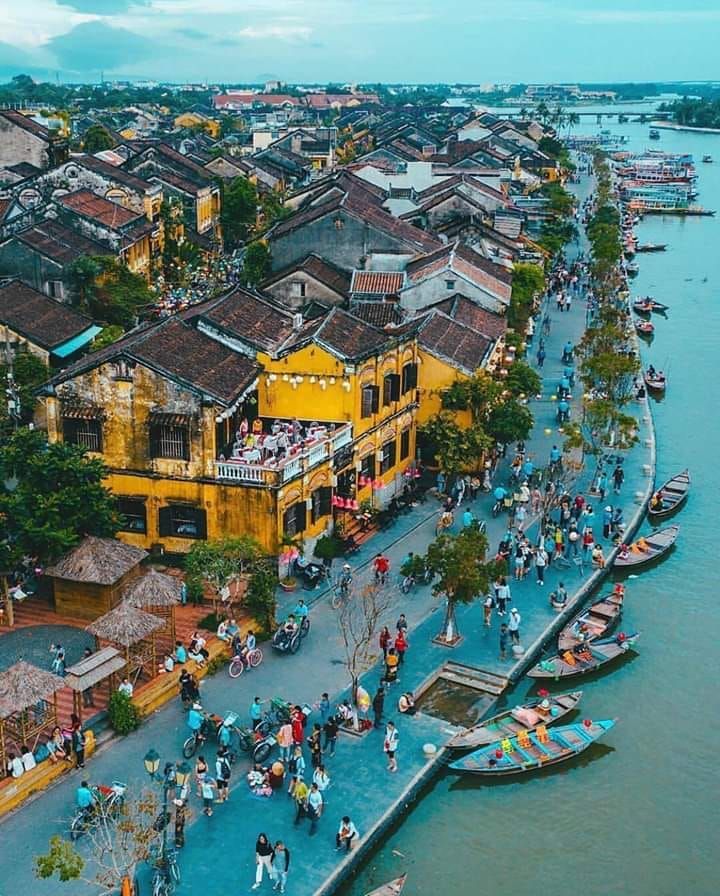 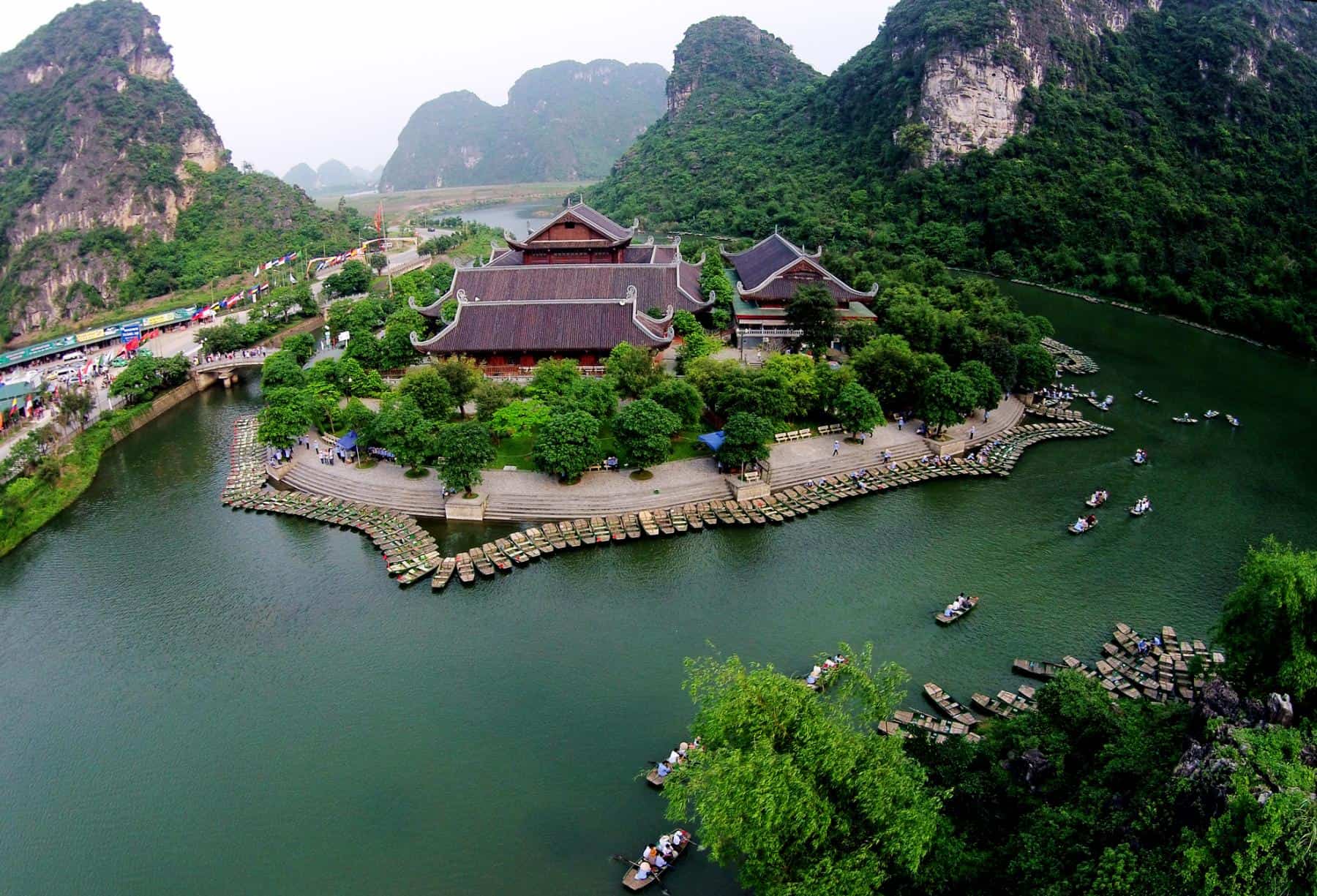 PROUD OF VIETNAM, THE WORLD CULTURAL AND NATURAL AND CULTURAL HERITAGE SITE TRANG AN – BAI DINH NINH BINH PROVINCE WAS CHOSEN AS THE VENUE FOR THE 1972 UNESCO 50TH ANNIVERSARY CELEBRATIONS. 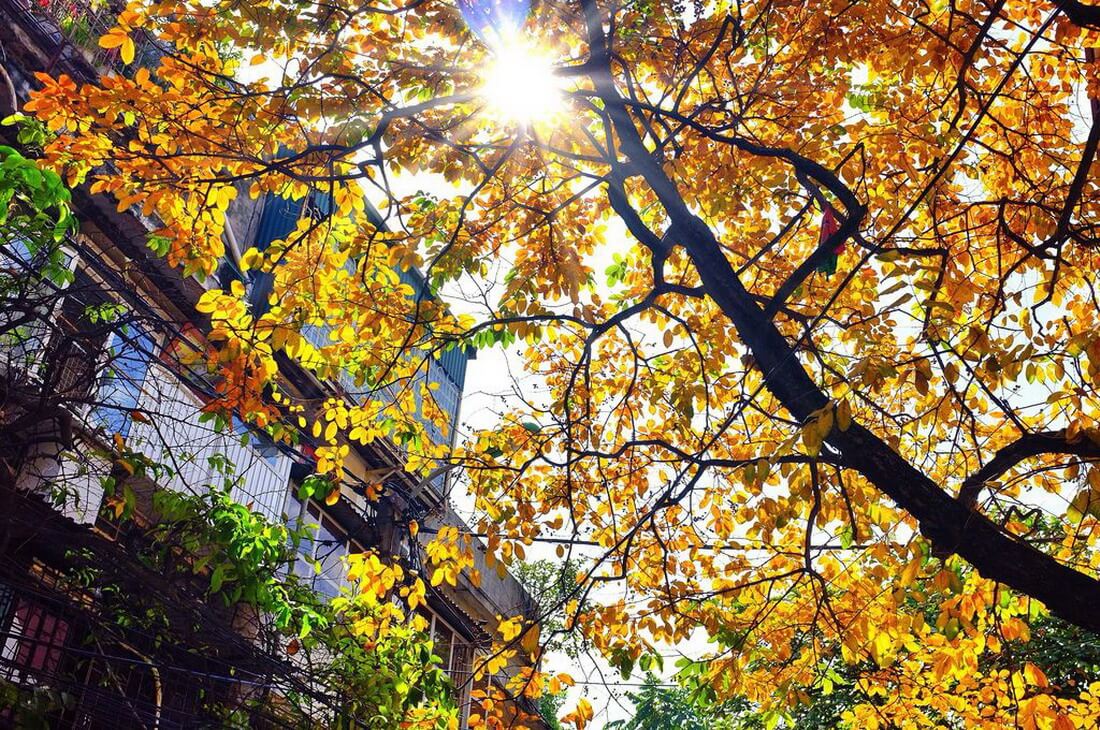 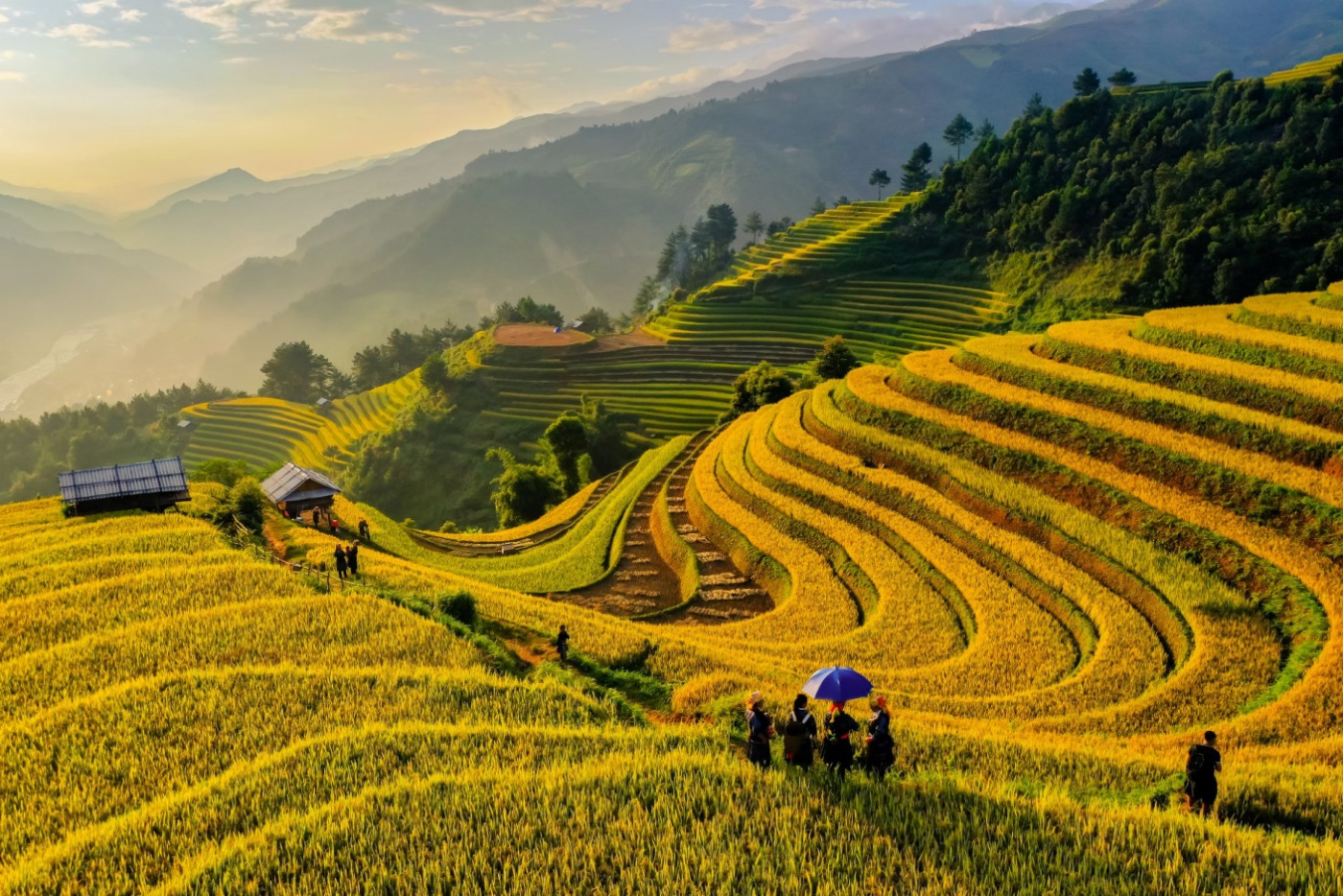 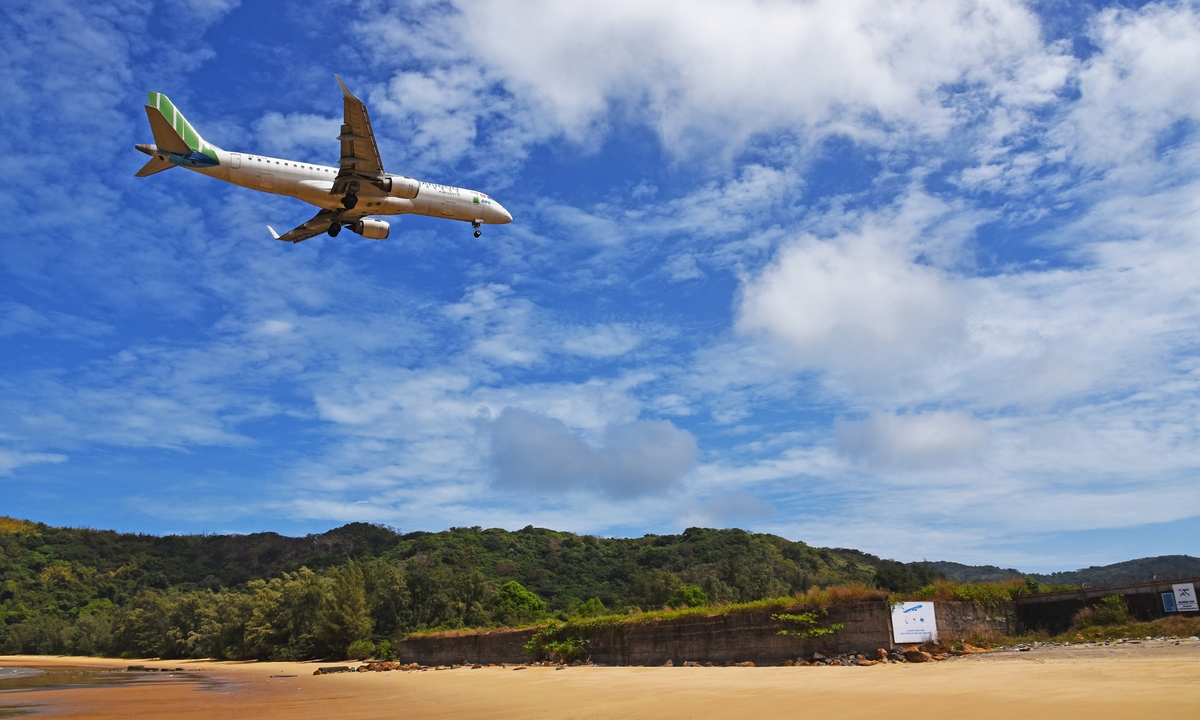 CON DAO AIRPORT IS EXPECTED TO CLOSE FOR 9 MONTHS, TOURISTS ONLY HAVE 2 OPTIONS TO GO TO THE ISLAND

We're experts who take pride in tailor-made itineraries that suit any need. Please fill in the form below and a member of our team will be in touch shortly.